Skip to content
Home/News/TWO DECADES INTO THE FUTURE: EXPERTS VIEWS
Previous Next

One of Humanitarian Futures’ prime objectives is to provide specific examples as well as plausible contexts about future humanitarian challenges. A recent example concerns the possible crisis threats and means to mitigate them, which emerged out of an inter-generational exercise that was undertaken at the end of March 2018 in London. Supported by UNICEF,  King’s College, London and the Royal United Services Institute, the two-day exercise, entitled Baselines and Paradigms: Bridging Generational Divides, brought together participants from states in Africa and the United Kingdom in order to analyse the ways that different generations and cultures viewed the implications of transformative technologies on society in a two decade timeframe.

The exercise amongst other things brought to light factors that could well result in unprecedented catastrophes as well as possible solutions. These perspectives were initially introduced by 5 experts, whose perspectives on vulnerabilities and resilience offer important insights for those with humanitarian roles and responsibilities. Their insights are noted below:

A digital age and the value of data 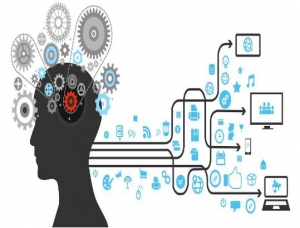 Over two decades time, the digital world will transform the world as we know it. However, the technologies that will drive this and their consequences remain uncertain. According to BAe Systems’ Cait Percy, we are and will most likely be largely dependent upon the ‘Internet of Things’ (IoT), where data will flow across virtually all types of systems that will affect and in some instances determine our lives.

Artificial Intelligence, for example, will mimic the human brain. So called, ‘machine learning’ already enables machines to identify patterns and predict trends. It is more than likely that in the foreseeable future such machines will be able to teach themselves. Equally as likely is that machines will be taught to make choices and decisions – an issue that is already evident in driverless cars – and inevitably will have longer-term societal consequences.

Augmented reality, too, will change the ways that we look at and understand the world. Combining virtual reality with the so called ‘real world’ may mean that over time human beings will be able to create their own realities. Whether in terms of location, travel, human space or life styles, augmented reality will blur the line between what is real and what is data driven and computer-generated. Linked to augmented reality are ’haptics’, which add the sense of touch to visual interfaces that hitherto had been only visual interfaces. In other words, we will be moving on from the spectre of visual contact to physical contact.

The emergence of blockchain technology offers another example of transformative change with both positive and negative implications. On the one hand, that technology offers the prospect of massive data exchange between two parties that can be recorded efficiently, and in a verifiable and permanent way. It is a peer-to-peer system that requires consensus and cryptography to maintain, itself. It also offers a means of data exchange concerning, for example, bitcoins, that can bypass conventional governmental authorities.

And yet, here, one needs to ask if the possible spectre of governments losing their grip over currencies reflects a considerable downside of the digital age – the loss of a mechanism, which over the past 200 years has normally been a major factor that ensured societal and economic stability. In a related vein, would such a spectre threaten the order provided in many ways by international institutions such as the World Bank and the International Monetary Fund?

Artificial Intelligence could dramatically affect the relationship between human-beings and society. Drawing upon evolutionary psychology, Oxford University’s Keith Dear suggested that that the reason we don’t venerate age in the way nearly all societies have done in the past is because of the pace of change in modernity. Today, nearly all knowledge is accessible in seconds online, and technology and culture change so fast that the young can often be better guides as to how to navigate the challenges of our times than the old. Hence we have younger politicians, and a cult of youthful entrepreneurs in Silicon Valley.

However, it’s not just our individual brains that are being changed by technology, but also our collective intelligence, what we value, and where we turn for wisdom. In that context, the persistent use of technological devices has implications for human evolution. For example, over reliance on AI systems might well reduce human’s hippocampus, or, that element of the brain that consolidates short-term into long-term memory. In so doing, that capacity loss will inevitably lead to greater human reliance on artificial systems for at least that critical mental function, and most likely others.

In a related vein, society may also become increasingly conformist, ‘disciplined’, as it will be increasingly assumed that AI and related technologies will be able to monitor all human behavior and activities, and identify aberrant behavior. This pervasive sense of inescapable monitoring may well result in human reluctance to go beyond accepted human and societal norms. This in turn will lead to unparalleled levels of conformity in panoptic societies where ‘the observer’ will always be able to monitor the activities of ‘the observed’, but the observed will rarely know by whom, to what extent or with what consequence. Hence, in a broad societal context, it could be argued that the growth of surveillance could in a relatively Orwellian sense result in passive mechanisms of control.

Humanity on the Brink

While the digital age and related Artificial Intelligence might transform the very nature of society and even ‘humanness’, there are existential drivers that may threaten the very nature of human space and human beings. One such threat is global climate change (CC). According to Envisionations’ Bru Pearce, the concern about the possible consequences of CC is by no means new, but more and more experts around the world acknowledge its potential impact. The fundamental issue is whether or not enough action will be taken to meet imminent threats, let alone those that could loom in two decades time.

The history of human kind suggests that in the context of climate change human beings are merely part of a geo-engineering life form. Nearly everything that human kind has done and continues to do has potentially hostile implications for other sorts of life on the planet. And, in that regard, an abiding ‘hostile act’ stems from the exponential increase of carbon release, or, greenhouse gases. The consequences of CC is already apparent. Despite the threat’s detractors, the fact of the matter is that sea levels are rising, ice caps are melting, weather patterns, including rainfall, are changing and becoming more extreme.

While one might speak about the impacts of transformative technologies over the next twenty years, those looking towards plausible scenarios in twenty years time will have to bear in mind that amongst myriad impacts of climate change, two will be that there will inevitably be potentially existential food crises around the world, and that vast numbers of displaced people will be crisscrossing the continents.

This dystopian vision is not inevitable. As one looks to the future, technology might result in systems that could reduce gas emissions. It might even be able to provide means for new types of dedicated financing for such systems through, for example, blockchains, which could bypass governments’ reluctance to deal with the core sources of greenhouse effects.  The emerging reality, however, is that the real solution  for resolving the existential consequences of CC is for societies to change their assumptions about growth, needs and interests.

The growing interconnectivity between outer space and cyberspace is increasingly evident, and will continue to be so with even greater speed. More and more cyber activities will be based in outer space, and so many of the systems upon which we rely today and will increasingly rely upon over the next two decades will depend upon systems located beyond the earth’s atmosphere. There are many who assume that this connection is already rapidly increasing, and for Global Humanitarian Lab’s and former CERN physicist Daniel Dobos, the interconnection with genetic information will impact on issues that will not only have demographic impact, but also affect the very nature of humanness.

According to Daniel, the gaps between genetic information about life, itself, cyberspace and outer space are coming together very rapidly. When it comes to genetic information, DNA is increasingly accessible, and, hence, as the source code of life, becomes ever more understandable, our ability to change that code also rapidly increases. Targeted manipulations will, for example, extend healthy lifespans, be used as long time information storage or increase skills while at the same time increase risks, too.

Genetic mutations will become increasingly challenging as the human habitat becomes less and less earth-based. Beyond the earth’s atmosphere, intensified ‘ionising radiation’ impacts upon human DNA much faster than is the case today on earth. NASA’s identical twin studies have exhibited such differences in gene expressions and projects. CERN amongst others has made efforts such as SR2S to how best to protect human space travellers from increased radiation levels.

Another aspect of the interrelationship between outer space, cyberspace and human impacts is the increasing possibility of manipulating interactive and live information domains. This certainly includes even politicians’ live interviews transmitted over outer space or cyberspace information networks. Artificial Intelligence and Machine Learning based algorithms can alter, edit or even create artificial video and audio feeds already today, which are almost impossible to distinguish from reality. The consequences of having this ability also in live streams and personally targeted will reduce trust in all information systems dramatically.

Who will be in control?: Organism versus mechanism

As we look at the world in two decades time, there is no doubt that AI and related technologies will begin to think for themselves. And, while there may be benefits from such capacities, King College, London’s Ali Hossaini suggests that we make a clear distinction between transformative technologies as organisms or as mechanisms. The former, he argues, are agents – they initiate actions; the latter are tools – they perform actions. Only organisms plan and initiate actions. In other words, the current system with humans as ‘organisms’ leads to either bad or good outcomes because intentions determine actions. The latter, however, is concerned with planning, with making things and generally lacks intention.

However, we are already designing machines to be autonomous, that is, to initiate actions without human intervention. Will such complex mechanisms of the future be able to have their own intentions? If so, could they develop their own agendas? The fact of the matter is that autonomous machines may come to resemble organisms rather than mechanisms. To deal with them, we may need to treat them as organisms – agents — not mechanisms — tools.

It’s easy to find examples of agency. Just look right and left — or in a mirror. Every human has agency, most likely every animal, and arguably every living thing. In other words, every organism has agency, and is concerned with intention. The challenge is to identify the points where mechanisms become organisms, and how we deal with their emergent agency – that transition from doing things to intending things. One case in point is ‘the organisation’. From a behavioural perspective, it has normally been assumed that the role of the organization is to do things, but those who work within an organization frequently come to realise that the organization develops its own intention, not necessarily of those who are part of it.

Now here is the challenge for all of us. As we consider the consequences of transformative technologies, do we as human-beings have the capacity to control the prospect of their emergent intentions or might we become victims.