Skip to content
Home/News, Uncategorized/Effective risk management, strategy and response – the case for building relations between scientists and policy planners
Previous Next

Effective risk management, strategy and response – the case for building relations between scientists and policy planners

The upsurge of Omicron was yet another reminder that the relationship between scientists and policy planners is vital but by no means perfect. For more than two years, the ebbs and flows of the coronavirus and its variants witnessed a plethora of often contradictory scientific analyses and conclusions enter the arenas where policies were planned and decisions made. Whether in South Africa, Israel, Japan, Belgium, the United Kingdom, the United States or any number of other countries, it is evident that scientists interpreted the viruses’ potential effects in ways that were often inconsistent, and this sort of inconsistency was paralleled in the divergent approaches taken by governments.

This is not necessarily to criticise. The difficulties of reconciling the ebbs and flows of ‘evidence’ with political decisions in the midst of a crisis are enormous – inevitably resulting in mistakes and miscalculations. Perhaps the uncertainties and contradictions which often ensued was to be expected under the circumstances. Nevertheless, it is increasingly evident that in a world witnessing ever more complex and interrelated threats, the relationship between the social as well as natural sciences and societal planning and decision-making have to undergo significant reforms.

This is a lesson that those who have humanitarian roles and responsibilities need to understand and promote. How information and analyses are provided and received can determine the extent to which crisis threats and risks are effectively recognised and acted upon. Far greater interaction and coordination between scientists and policy makers need to inform research agendas and ensure that ‘the sciences’ inform risk management policies and strategies, and that such strategies lead to better preparedness and, when required, humanitarian response.

One step in that direction is to broaden the types of evidence that the sciences provide, expanding the range of evidence, not relying upon stove piped findings and going beyond the confines of national borders. The Organisation for Economic Cooperation and Development (OECD) has spent the past two years exploring this issue, and in a background paper that had been prepared for a 4-5 October 2021 OECD Global Science Forum workshop, Priority Setting and Coordination of Research Agendas: Lessons learned from Covid-19 Background, the authors noted that

The COVID-19 crisis has highlighted the limits of the previously established response mechanisms for pandemics and emphasised the need for better preparedness in the future. This pandemic required an acute emergency response, which in most countries was largely based on established public health emergency frameworks and procedures and dictated its own scientific knowledge and research requirements. However, the scale and complex cascading nature of the crisis, which has impacted on all sectors of the economy and society has meant that a broader range of scientific evidence was required to effectively inform policies.

However, all too often, the sciences are not represented at the same table with those who deal with public policy and who are the decision-makers. That is particularly disconcerting when one takes into account the growing range of plausible interconnected future threats – from the negative impacts of transformative technologies to the consequences of climate change, from ecological failures to synchronous systems collapse. Those who see themselves as humanitarian actors must take into account that prevention and preparedness as well as response are increasingly dependent upon those who can identify and anticipate possible threats. Here, the sciences and those who directly assist the potentially or actually crisis affected have to act as one.

It is with this sort of challenge in mind that the United Kingdom’s National Audit Office’s 19 November report, Lessons for government on risk management is of considerable relevance to us all, wherever we may be, when it concluded that:

Stakeholders, including academics, the Chief Scientific Advisers’ network and the Parliamentary Office of Science and Technology, have identified several ways in which this approach [to risk management] might be improved, including: 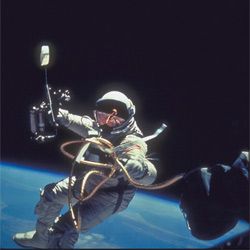 The spectrum of plausible threats that need to be considered is clearly increasing, in some ways, exponentially. It’s interesting that, as many countries locked down in response to the Omicron variant, another possible threat was anticipated and solutions tested – this time bringing the sciences, policy and decision makers around the same table. It was NASA’s DART (Double Asteroid Redirection Test) that was launched to test out ways to divert asteroids from striking planet Earth. While various types of asteroids have bombarded our planet since its creation, the exponential increase in human population and the clustering of at least 56% of human-beings in urban areas leaves an ever increasing number vulnerable to various types of outer space debris.
The point, here is not to turn those with humanitarian roles and responsibilities into astrophysicists. Rather, it is to say that those who are concerned with ever more complex threats from a humanitarian perspective, need to ensure that a wide range of natural and social scientists and policy and decision makers interact in ways that humanitarian perspectives always are at the table – whatever the threat being explored.

Before closing, we wanted to thank the unusually large number of readers who came back to us on the issues we raised in our previous HF post, entitled In the Balance: Conflict and Climate Change.

Please keep sharing your thoughts with us.