From this month’s Humanitarian Futures newsletter

Cyclone Idai began to unleash its fury on Mozambique and Zimbabwe as well as Madagascar and Malawi on 15 March. It reached speeds of between 150 and 177 km/h, but the final human and structural consequences — though already horrific — will not be known for months if not years to come. All one knows at this stage is that thousands have died, millions are displaced and that, according to Clare Nullis from the World Meteorological Organization, ‘This is shaping up to be one of the worst weather-related disasters ever to hit the southern hemisphere.’

From a Humanitarian Futures perspective, this tragedy will inevitably trigger a wide range of recriminations — some justified, others not. However, fingers are already pointing at government departments in the affected countries about their inadequate preparedness. And, while the dimensions and dynamics of this mega cyclone might have been difficult to anticipate, a great number of disaster and emergency analysts will be assessing what should have been done, and what needs to be done, in a world where climate change is already beginning to have devastating impacts.

Nobody should make any presumptions about being adequately prepared. According to a 21 March 2019 article in The Guardian, the United States also, “won’t be prepared for the next natural disaster…”

“Only the Netherlands — that water-logged nation that sinks below sea-level a little more each year has set a global standard for how to be ready; there hasn’t been a death from flooding in 65 years. Disasters to the Dutch, are not abstract risks, but instead events that can be expected, planned for — and ultimately avoided — even when the waters rise.”

It is the very issue of what the international community is doing and should be doing about such existential crisis drivers that continues to push the proposed global Sector Survey. 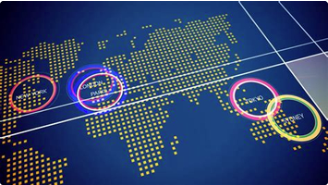 We are looking for governmental, intergovernmental and non-governmental organizations, as well as the private sector and relevant research institutions, to contribute to a global review about what those with humanitarian roles and responsibilities are doing to identify longer-term risks, and what actions they might already be undertaking to strengthen their anticipatory capacities.

Once again, please let us know if you would be able to participate.

As one follows the human suffering, the loss and destruction that has followed in the wake of Cyclone Idai, empathy and compassion should and will drive the humanitarian response. And yet, when faced with crisis turmoil that increasingly affects us all directly and indirectly, we must consider a parallel motivation. We considered this issue in October, under the heading, Mutual Self-Interest or Compassion

Offering a whole new perspective on what should and does motivate humanitarian action, Marc DuBois takes us on a journey from James Bond to MSFness to Davos, after Rob Acker, CEO of Salesforce, poignant comment

“The number one attribute that millennials look for in their job is to have purpose. And companies need to give them that outlet for purpose.”